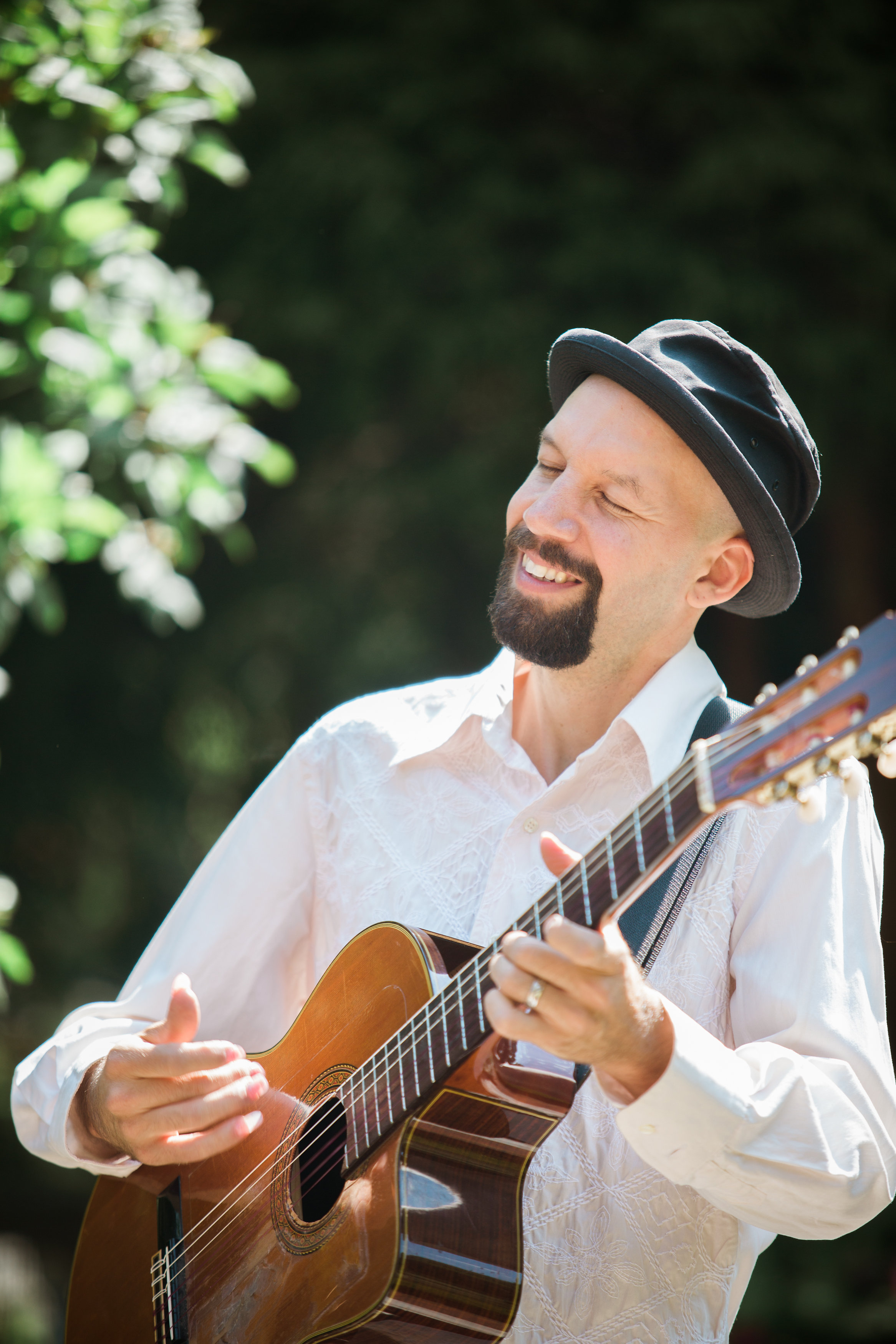 Daryl Shawn blends the guitar chops of flamenco and classical with a modern songwriter’s sensibility and the energy of rock.

Originally hailing from Amish farm country in rural Pennsylvania, Shawn has logged many miles in search of musical inspiration and communal experience. With a background in classical guitar, flamenco, jazz and edgy rock, as well as an abiding interest in music from around the globe, Shawn incorporates an unusually broad range of influences into his playing.

His eclecticism and highly varied technique informs a singular vision: solo guitar performances; nylon strings; no altered tunings or effects pedals. His picking proficiency can produce the attack of a full band, or, as Guitar International magazine put it, Shawn “possesses the ability to take a nylon-string guitar and make it roar with dynamic precision and raging power.” Touchstones include Kaki King, Tommy Emmanuel, and Rodrigo y Gabriela, though Shawn’s work stands apart, straddling such genres as world, Americana, folk, and rock, while making something new out of the combination.

His new album, On Time, was released in November 2015. Funded entirely via a successful Kickstarter campaign, the record is informed by Shawn’s globe-hopping and wide-open ears, and includes several tributes, including an ode to the single-stringed Brazilian instrument called the berimbau, and another dedicated to Hua Shan, one of the seven sacred mountains of China. And while it maintains Shawn’s “no effects” ethos, the album does feature some custom preparations, including handmade wooden koto bridges and a dollar bill wedged between strings to emulate an African instrument.

Taking cues from such guitar titans as Pat Metheny, Bill Frisell, and Michael Hedges, Shawn combines these influences with his own idiosyncratic vision to create a sonic signature equally at home at folk venues and listening rooms, rock clubs and festival stages.